Must-see monuments in the Médoc area

You are here: Home / What to visit around the Domaine Segondignac / Must-see monuments in the Médoc area

Discover the must-see monuments and sites among the Médoc heritage 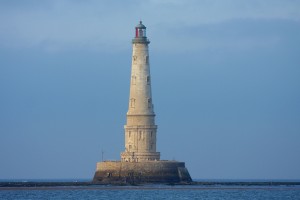 Built under Henri III, renovated under Louis XIV and then elevated in 1789, the Cordouan Lighthouse has witnessed all the traffic coming in and out of the Gironde Estuary for more than 4 centuries. 67.50 m high and with 311 steps, it offers an outstanding view over the Pointe de Grave and the Gironde region. 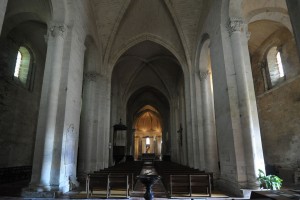 Founded in the 11th century by Guillaume VIII of Aquitaine then sold in 1792 as a national property, the Vertheuil Abbey provides an exhibit of a variety of art pieces during the summer. The abbey’s domain, built during the 11th and 12th centuries is an incarnation of romanesque art which can be seen through its octogonal steeple, its ambulatory and a sculpted scenery of high quality. 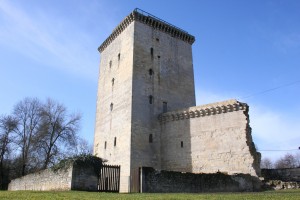 Built after 1320, Honor’s Tower is a squared dungeon left from the once powerful castle of the Lords of Lesparre. Its military and imposing architecture embodies the might of the former medieval castle. The tower is comprised of a ground floor and four stories which make up for a small local history museum. 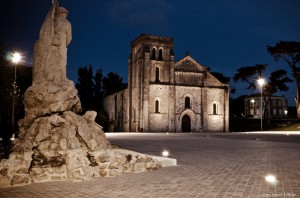 World Heritage of UNESCO, this basilica was built during the 11th and the 12th century. It is representative of the Poitevin romanesque art. Around the monument, the seaside resort of Soulac-sur-mer progressively developed itself since the fashion of sea bathing during the 19th century. Nowadays, the resort is made up of several villas called “Soulacaises”. 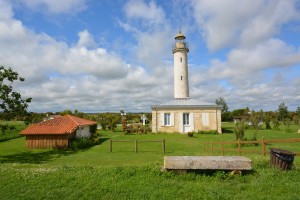 Built in 1843, this lighthouse offers a panoramic view of the Gironde estuary allowing you to contemplate the shores of the Charentes region and the polders of Holland. Nowadays, a museum dedicated to the estuary since the 19th century is exhibited inside the lighthouse. There, the history of fishing, oyster farming and life in general around the estuary is being explained.

This natural reserve is spread out over 5190 acres and allows you to discover the dunes by the seaside, the oakwood and pinewood forests which form the kingswood and the Contaut laguna to find fresh air and serenity. The diversity of the landscapes, the flora and the fauna contribute to making this reserve a unique location to discover. Free visits either by yourself or with a guide are available.

With its 7 kms of walking paths among the forest covered dunes, this reserve offer a wide range of trekking possibilities to enjoy the ideal scenery made available in this region which is made up of very diverse landscapes. At the heart of the reserve, the is a small wild pond to enjoy some tranquility and work on your well-being during a picnic or a small nap. Free visits are available throughout the year planned by the Conseil Général. 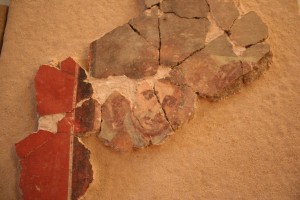 At this site, you will be able to discover remains of a Roman villa built at the middle of the 1st century, of a theatre and a celtic temple and of different public buildings. At the village, in front of the church, the “maison du patrimoine” holds an exhibit to show the objects found during the archeological searches of the site and offers temporary artistic exhibits also. 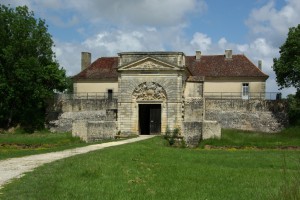 Built by the famous architect Vauban in 1689 on the shores of the Gironde estuary, this fort was part of a vast defense system designed to protect Bordeaux from attacks through the river. A World Heritage of UNESCO, this historic monument makes its museum about the history of the village, its chapel, its powder keg and its bakery available to tourists for visits.

The Médoc area, land of heritage and history

Like the Cordouan lighthouse, the buildings embodying the richness of the heritage of the Médoc area are numerous. The oldest one dates back to the Roman age. Other ones are the remains of the medieval past of the region and of the golden age of wine production with the great Chateaux with imposing architectures and their no less impressive extensions. Moreover, some religious buildings are particularly worth seeing like the baroque church of Saint-Estèphe, the romanesque abbey of Saint-Vivien-de-Médoc, the imposing church of Pauillac, Vertheuil abbey and its domain with its Romanesque gate or even the protected site of Saint-Raphael in Avesan. The basilica of Notre-dame-de-la-fin-des-terres in Soulac is a World heritage of UNESCO. After being buried in sand it was rebuilt during the 19th century. Finally, it is still possible to rediscover the traditional know-hows and masteries of the era while visiting the brickworks in Brach, a mill in Vensac or trying to learn how to make gems during a visit in the forest.